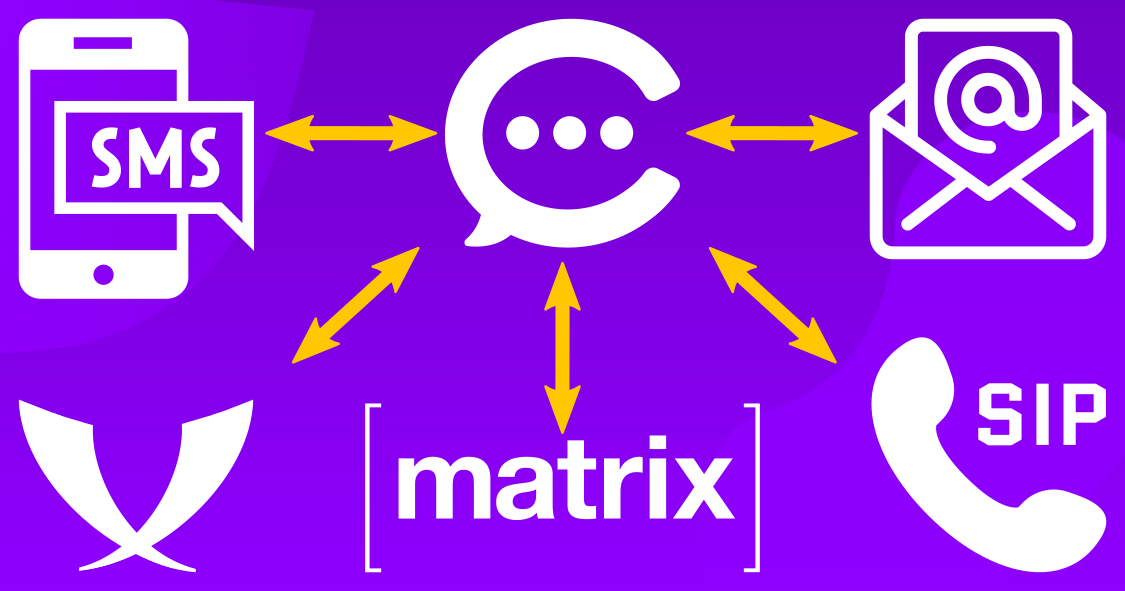 Contrast this with irc.cheogram.com, which is not a bidirectional gateway even though IRC is an open protocol, due to the non-federated nature of that protocol.  While every IRC channel and nick is given a Jabber ID, not every Jabber ID can be given a channel or nick on every IRC network out there, and even to do it on a single network would require creating many connections or a special peering arrangement.  Using the Jabber ID assigned to an IRC channel may require registering a nick with that IRC network and configuring the associated password at the gateway.  It works well enough, and is quite useful, but it’s not bidirectional.

One of the big advantages of a bidirectional gateway is the seamless user experience for those who know the gateway exists.  Instead of asking “is this room bridged to protocol X” or “do you also have an address on protocol Y” the existance of the bridge is sufficient to know that, yes, with no extra setup by either party, communication will be possible.  One does not need to convince users to switch to the favored protocol, or bend by creating an identity with the other’s favored protocol, but simply to add the other party directly.  Users with Jabber IDs can advertise how they may be contacted via SIP, SMTP, Matrix, SMS, and more without the other party thinking anything more than “this address looks a bit long”.

Raising the Whole Network with Chaining

Because a high-quality bidirectional gateway effectively makes one network out of two networks, any service or gateway added to either network can be used from both sides.  Thus, Matrix, SMTP, or even SMS users can get phone numbers from JMP.  Even further than that, a Matrix user could advertise an SMTP or SIP contact address using the Cheogram gateways, all without any SMTP or SIP gateway needing to exist for Matrix at all.

If someone is going to give out an address that goes via a gateway, they need confidence that this address will not need to be changed.  So long as their main address on their preferred protocol remains the same, so should their address on other protocols.  This requires a stable DNS name with gateways that are open to anyone, free of charge.  That is the vision behind Cheogram, an infrastructure project inside of Sopranica to maintain stable addressing for bidirectional gateways.

Obviously there is still lots of work to do. Most of the gateways mentioned in this post are missing important features they could have in order to facilitate more seamless communication.  Clients of every protocol can gain features to make using a bidirectional gateway a more obvious choice for users.  Unique use cases need more testing to find where the rough edges are.  Cheogram infrastructure is supported in part by JMP, but can always use financial support.  Together we can help people connect to all their contacts.  Come join us.